LEGAL REMEDY AGAINST SEXUAL HARRASMENT AT WORKPLACE The Sexual Harassment of Women at Workplace (Prevention, Prohibition and Redressal) ... 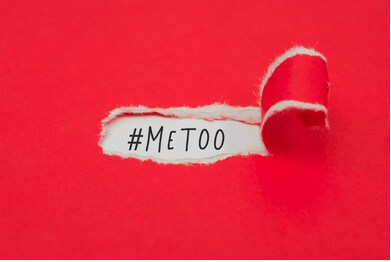 The Sexual Harassment of Women at Workplace (Prevention, Prohibition and Redressal) Act, 2013 is a pioneering legislation aimed at ensuring fundamental right of women to work and earn their livelihood in a safe environment can be ensured. Although the act was passed in 2013, its genesis lies in a brutal incident that forced women groups to come together and demand their right to work in a safe environment in one voice.

Rajasthan government launched a Women’s Development Program and enrolled local community members, particularly women to assist in socially relevant projects related to land, water, literacy, health, Public Distribution system etc. Bhanwari, a local woman belonging to the Kumhar Caste joined the WCD group as a grassroots social worker in 1985. She worked on many projects and in 1992, joined Rajasthan Government's campaign against Child Marriage. She tried to stop a local Gurjar father from marrying off his nine-month old daughter. Angered by her actions, this Gurjar man brutally gang-raped her along with five men on 22nd September, 1992. A trial was conducted, but, receiving local political support, all accused were acquitted.

Following the grave injustice meted out to Bhanwari Devi – socially, legally, and politically, a group of women under the name Vishakha, along with several other women groups filed a PIL against the Rajasthan Government and the Central Government for failing to guarantee fundamental rights of working women under Articles 14, 19, 21 of the Constitution of India. The Supreme Court passed landmark verdict and gave Vishakha Guidelines to prevent sexual harassment at work-place. Following this, the Government of India notified the Sexual Harassment of Women at Workplace (Prevention, Prohibition and Redressal) Act in 2013.

Before we define what constitutes as sexual harassment at workplace, we must look at the objective of the Act contained in the Preamble to the act.

According to the Preamble of the Act, it aims to:

1. Provide protection against sexual harassment of women at workplace

3. Provide redressal of complaints of sexual harassment and connected matters

Further, the preamble acknowledges that Sexual harassment results in violation of following fundamental rights of a woman:

2. Right to Life and to Live with Dignity under Article 21 of the Constitution.

3. Right to practice any profession or to carry on any occupation, trade or business, including a right to a safe environment free from sexual harassment.

Further, the Act also aims to provide rules and provision to give effect to the international conventions and instruments such as Convention on the Elimination of all Forms of Discrimination against Women.

Thus, the phrase “sexual harassment” must be read in context of objectives and aims enumerated above. The Act defines Sexual Harassment as any unwelcome act or behaviour (whether direct or indirect) such as:

(i) Implied or explicit promise of preferential treatment in her employment; or

(ii) Implied or explicit threat of detrimental treatment in her employment; or

(iii) Implied or explicit threat about her present or future employment status; or

(iv) Interference with her work or creating an intimidating or offensive or hostile work Environment for her; or

(v) Humiliating treatment likely to affect her health or safety

(i) any department, organisation, undertaking, establishment, enterprise, institution, office, branch or unit which is established, owned, controlled or wholly or substantially financed by funds provided directly or indirectly by the appropriate Government or the local authority or a Government Company or a corporation or a co-operative society;

(iv) Any sports institute, stadium, sports complex or competition or games venue, whether Residential or not used for training, sports or other activities relating thereto;

(vi)             Any place visited by the employee arising out of or during the course of employment including transportation by the employer for undertaking such journey;

The Act is applicable not only to organized sector, but also extends protection to women working in personal house-holds. Workplaces which are part of “unorganised sector” are also covered and  means a workplace/enterprise owned by individuals or self-employed workers who are engaged in the production or sale of goods or providing service of any kind, and where the enterprise employs workers, the number of such workers is less than ten.

The Act applies to domestic workers, government employees whether permanent or contractual, wage-labourers etc. It extends to whole of India and covers all Government & Quasi-Government establishments as well. Thus, any place which employs women automatically falls under the ambit of this Act.

Who can a file a Complaint?

Any woman aggrieved by acts or behaviour amounting to sexual harassment can file a complaint. An aggrieved woman means a woman in relation to a workplace, a woman, of any age whether employed or not, who alleges to have been subjected to any act of sexual harassment by the respondent or in relation to dwelling place or house, a woman of any age who is employed in such a dwelling place or house.

Further, the complaint must be made within three months in writing.

Any aggrieved woman may make, in writing, a complaint of sexual harassment at workplace to the Internal Committee if so constituted, or the Local Committee, in case it is not so constituted, within a period of three months from the date of incident and in case of a series of incidents, within a period of three months from the date of last incident: Provided that where such complaint cannot be made in writing, the Presiding Officer or any Member of the Internal Committee or the Chairperson or any Member of the Local Committee, as the case may be, shall render all reasonable assistance to the woman for making the complaint in writing. The Local Committee may, for the reasons to be recorded in writing, extend the time limit not exceeding three months, if it is satisfied that the circumstances were such which prevented the woman from filing a complaint within the said period. Where the aggrieved woman is unable to make a complaint on account of her physical or mental incapacity or death or otherwise, her legal heir or such other person as may be prescribed may make a complaint under this section.

Where is the Complaint made?

The Act has made it mandatory to establish an Internal Complaints Committee in every workplace to be presided over by a senior level woman employee from amongst the employees, and atleast one-half of the members of the Committee shall be women.

The Act has also mandated establishment of a Local Complaints Committee to receive complaints of sexual harassment from establishments/workplaces where the internal committee has not been constituted due to having less than ten workers or where the complaint itself is against the employer. The Local Complaints Committee is constituted in every district, and complaints are received by a designated nodal officer in every block, taluka and tehsil in rural or tribal area and ward or municipality in the urban area.

Action against the Offender and Compensation under the Act:

The Sexual Harassment at Workplace Act not only provides for the resolution of Complaints, but also provides for strict action, imposition of penalty on the proven offender and compensation for the victim. Further, it also provides that if the complaint made is proved to be malicious, false, or misleading, then appropriate action can be taken against such complainant by the employer.